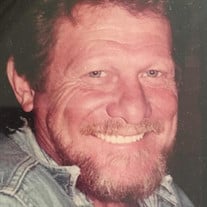 Bruce Tomlin, legally named Harry but known by most as “Possum”, passed away on March 7th. To his surprise more than any other, he made it 69 years on this earth. Born August 13th, 1951 in Statesville, NC to Roy & Katie Tomlin, Bruce grew up in northern Iredell county with his older brother Ronnie and many aunts, uncles and cousins. His grandparents, Harry and Edna Evans, were ever-present and Bruce remained close to Edna until her passing in 1998. In 1969, despite his best efforts, Bruce graduated from North Iredell High School. Bruce learned early on that when it comes to life, as he was fond of saying, “no one ever promised us a rose garden”. By his early 20’s Bruce had lost both parents and a fire destroyed their family home. Events that undoubtedly shaped the Bruce friends and family would come to know. After high school, blessed with a low draft number and an uncanny gift for not worrying about tomorrow (and at the urging of local law enforcement) Bruce hit the road. Living for short times in Jacksonville, FL, Myrtle Beach and Charleston, SC; Working various construction jobs along the way. To hear him tell it those were times of bar fights, motorcycle gangs and uncivilized behavior in general. He was left with the tattoos, scars and arrest records as testament, those that knew him gained a stockpile of his humorous stories. Having returned to Statesville by his early 30’s Bruce endured and won a serious battle with cancer. For the next few decades, the universe did its best to keep Bruce in a more traditional life. In 1984 Bruce married Judy Wells of Statesville who he described as “the most beautiful woman I’ve ever met”. A son, Zack Lee, followed soon after with a daughter, Lindsay Tara, coming three years later. Bruce made certain their names reflected his Southern pride. No more kids followed, as Bruce often said, “I had a boy and a girl, and they don’t make anything else”. Bruce had a quiet but deep reverence for God, he highly valued thinking for oneself, and was smarter than he liked to let on. A voracious reader, he kept a dictionary handy and would spend hours deciphering the last few answers of a Charlotte Observer crossword puzzle. He used these smarts and his decades of construction experience to start Tomlin Vinyl Siding in the late 80’s. However, Bruce was one that more worked to live than lived to work. He enjoyed fishing and catching most forms of aquatic life (frogs, turtles, snakes, crawdads), much to his son’s enjoyment and his daughter’s terror. No trespassing signs at farm ponds were “meant for other people”. He loved being on the golf course, particularly with his father-in-law Harry Wells, and was a member of Lakewood Golf Club. A devotee of NASCAR and NHRA, races likely brought back good memories of his mom taking him to North Wilkesboro and other local tracks as a child. Bruce was a bit of a pool shark, ok at first, better after 2 or 3 beers, worse after 5 or 6. Always a lover of music, Bruce had an affinity for the music of his youth. Otis Redding, Eric Clapton, and the Allman Brothers to name a few. A fan of Jonathan Winters, George Carlin, Lewis Grizzard and other humorists, more than anything Bruce loved a good joke. His sense of humor and signature grin made him a favorite of many. Bruce was an easy man to like but a hard man to love. For those that knew him it was no secret that Bruce had a stubborn streak; And often he did as he pleased, regardless of consequence. More than once he “fought the law and the law won”. As time went on many wanted much better for Bruce, but as he often said, “he couldn’t stand prosperity”. Now that he is gone his friends and family are left with happy memories of his clever wit, fun personality and stories of his hard-living ways; But also, some disappointment over a life that could have been much more. The family plans to hold a private memorial service this summer. As for donations or flowers, Bruce would likely prefer you put the money towards having a good time, just think of him in the process.

Bruce Tomlin, legally named Harry but known by most as &#8220;Possum&#8221;, passed away on March 7th. To his surprise more than any other, he made it 69 years on this earth. Born August 13th, 1951 in Statesville, NC to Roy & Katie Tomlin, Bruce... View Obituary & Service Information

The family of Bruce Tomlin created this Life Tributes page to make it easy to share your memories.

Bruce Tomlin, legally named Harry but known by most as “Possum”,...

Send flowers to the Tomlin family.