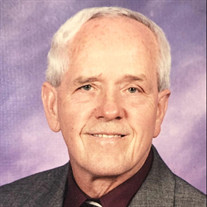 Harold Frank McDaniel, 84 of Gardendale, AL died Saturday, March 6, 2021 at Maple Leaf Health Care in Statesville NC. Frank was born on June 20, 1936 in Birmingham, Alabama to the late Vanus McDaniel and Lucille Livingston McDaniel. He was also preceded in death by a son, Timothy Dale McDaniel. Frank graduated from Woodlawn High School in Birmingham, Alabama. While there he joined a singing group called “The Warblers”. He continued singing with them until just a few years ago as his health no longer allowed it. Frank served his country with the US Army and worked for Reynolds Aluminum. For many years he was active in the Sunday Club with his church. Frank volunteered at the homeless shelter in Birmingham and enjoyed helping those there. He loved traveling, riding his motorcycle, boating and was an avid Alabama fan. Roll Tide! Those left to cherish his memory are his wife of 59 years, Lorene Johnson McDaniel, a daughter, Malia Jeffreys, and five grandchildren, Bethany, Parker, Ingrid, Simon, and Noah. A Funeral Service will be held Thursday, March 11, 2021 at 11:00 am (EST) at the Nicholson Funeral Home Chapel with Pastor Mike Wells officiating. Private burial will be held at the National Cemetery in Salisbury, NC. In lieu of flowers, memorials may be made to Lighthouse Church “Missions Fund”, PO Box 3023, Mooresville, NC 28117. You may watch the service live here: https://www.oneroomstreaming.com/view/authorise.php?k=1615257017104636

The family of Harold Frank McDaniel created this Life Tributes page to make it easy to share your memories.

Send flowers to the McDaniel family.