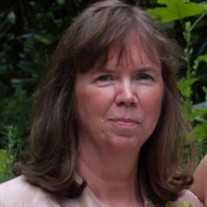 Helen Sloan York, 68, passed away peacefully at her home in Harmony, North Carolina. She was born May 2, 1951, in Statesville, North Carolina, to Avery Sloan and Edith Warlick Sloan, both deceased, of Statesville, North Carolina. She leaves behind a husband, Bill York of Harmony; two daughters, Dare York of Harmony and Emily York Salter (Benji Salter) of Weaverville, North Carolina; three grandchildren, Avery, Lila, and Bennett; her brother Andy Sloan and his family of North Myrtle Beach, South Carolina; numerous cherished family members and friends; and her dear childhood friend, Amelia Cates. She is preceded in death by her sisters Gail Sloan and Anita Sloan. Helen was a loving wife, mother, and caretaker. After she was married, Helen and her husband, Bill, settled in Harmony, North Carolina, on the York family farm and raised a family. She worked alongside her husband and father and mother-in-law in the tobacco fields and at the family auction company. As her daughters were about to move onto high school and college, she went back to school at Mitchell Community College in Statesville, NC, where she obtained her CNA degree. Helen worked several years as a CNA for a home health company and retired from Iredell County Hospice and York Auction. She experienced many joys in her lifetime: watching her daughters grow up and receive their Master’s degrees, the births of her three grandchildren, and time spent being surrounded by a large, loving family, circle of friends, and community. The family would like to thank everyone for their thoughts and prayers; the York family for all their love and support; and the Iredell County Hospice. At this time, due to the current global health concerns, the family will hold a private graveside service and will follow with a public Memorial Service at a later date at Clarksbury United Methodist Church. In lieu of flowers, donations may be made to the Iredell County Hospice. Nicholson Funeral Home is entrusted with the arrangements.

The family of Helen Sloan York created this Life Tributes page to make it easy to share your memories.

Helen Sloan York, 68, passed away peacefully at her home in Harmony,...

Send flowers to the York family.