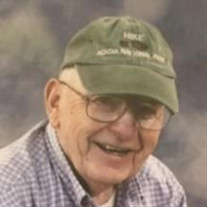 Joseph F. McGrath Jr., 83, beloved father and granddad, formerly of Statesville, passed away peacefully on April 27, 2021 at Sunrise Assisted Living in Middletown, NJ. He was born June 28, 1937 in the Bronx, New York, the son of the late Joseph F. McGrath Sr. and Margaret McDermott McGrath. He is preceded in death also by his beloved wife, Mary Ellen Lucier McGrath and daughter, Kelly McGrath. He proudly served his country in the U.S. Marine Corp as a member of the military police during the Korean War. Joseph then furthered his education, graduating from Bernard Baruch College of Business in New York City. He became a Special Agent with the United States Government and retired after many years of service with the Treasury Department. A man of faith, Joseph was a devoted and active member of St. Philip the Apostle Catholic Church for over 30 years. In his youth, Joseph won the Bronx Police Athletic League’s boxing championship and continued to enjoy sports throughout his life. He enjoyed taking his children and grandchildren to baseball games, playing catch, and watching them participate in sports as they grew older. He also loved music and played the harmonica and piano to entertain his family. Joseph loved the outdoors and enjoyed family camping trips across the country. He loved his family and adored spending time with his grandchildren often giving them horsey rides on his lap, tractor rides, taking them fishing or for long walks. The family patriarch, he always did his best to guide and teach his children and grandchildren, instilling in them faith and discipline, as well as Irish humor and laughter. A loving father, father-in-law, and granddad with a heart of gold, he will be greatly missed. Left to cherish his memory are his children, Helen McGrath, Joseph McGrath, Chuck McGrath (Josephine), Maureen McGrath (Ashley), Michael McGrath (Claudette); grandchildren, Sheena, Chucky, Christian, Colin, Joseph, Spencer, Kelly, Ava, Alexa, Martin and Oisin McGrath; two great grandchildren, Xander and Oliver Hixson, and numerous other loving family and friends. The family will receive friends from 6 PM until 8 PM Friday, May 7, 2021 at Nicholson Funeral Home in Statesville, NC. A mass will be held 10 AM Saturday, May 8, 2021 at St. Philip of the Apostle Catholic Church, 525 Camden Dr, Statesville, NC 28677. Interment will follow in New Perth ARP Church Cemetery in Troutman, NC. Please share memories and condolences with the family at www.nicholsonfunerals.com

Joseph F. McGrath Jr., 83, beloved father and granddad, formerly of Statesville, passed away peacefully on April 27, 2021 at Sunrise Assisted Living in Middletown, NJ. He was born June 28, 1937 in the Bronx, New York, the son of the late Joseph... View Obituary & Service Information

The family of Joseph F. McGrath Jr. created this Life Tributes page to make it easy to share your memories.

Send flowers to the McGrath family.