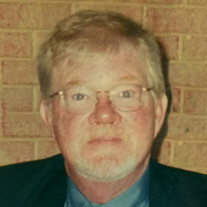 Mr. Thomas “Tommy” Glen Bush, 74, of Statesville, passed away peacefully on Friday, July 16, 2021, at his home with his wife and family by his side. Tommy was born in Alamance County on January 22, 1947 and was the son of the late Woodrow Wilson Bush and Eunice Wade Bush. Tommy was a graduate of Troutman High School and he also attended Mitchell Community College. He served in the US Army where he was stationed in Germany. On January 4, 1975, Tommy married Sherry Davidson Bush and together they shared 46 years of marriage before his passing. Tommy was the former owner/operator of T.G. Bush Paint Supply in Statesville, and he was a member of Front Street Baptist Church. Tommy was raised in the Barium Springs Home for Children. There he made many fond memories and made lifelong friends. Tommy loved growing up at Barium Springs and he enjoyed sharing stories and looking at pictures from his time there. He enjoyed playing golf and was an avid Duke Blue Devils basketball fan and he would not spare a Tarheel fan any grief during basketball season. Tommy loved his family and he especially enjoyed watching his grandson Trevis play tennis. In addition to his parents, he was preceded in death by two brothers, Ronald and Charles Bush. Along with his wife Sherry, Tommy is survived by two daughters, Olivia Dawn Bush and Ryan Elizabeth Bush and one grandson, Trevis Justin Bush. He is also survived by one brother, Woody Bush and four sisters, Dorine Cook, Wilma Blanton, Sue Labella, and Sylvia Price. He is further survived by his two incredibly special friends whom he considered brothers, Skipper and Kenny Kress. A service to celebrate the life of Tommy Bush will be conducted at 1:00 PM Wednesday, July 21, 2021at Front Street Baptist Church with Rev. Tim Stutts and Kenny Kress officiating. The family will have a casual gathering following the service. In lieu of flowers, memorials may be made to Hospice and Palliative Care of Iredell, 2347 Simonton Road, Statesville, NC 28625 or to Front Street Baptist Church, 1403 W. Front Street, Statesville, NC 28677.

The family of Thomas "Tommy" Glenn Bush created this Life Tributes page to make it easy to share your memories.

Send flowers to the Bush family.