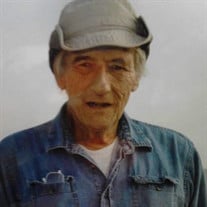 Mr. Arthur Chapman Weber, Jr., 68, of Statesville, died Monday, January 4, 2020 at Iredell Memorial Hospital Statesville. He was born in Rockville Center, New York on August 1, 1952, the son of the late Arthur Chapman Weber, Sr. and Marion Catherine Weber. In addition to his father, he was preceded in death by a brother, Timothy Weber. He was a member of St. Philip the Apostle Catholic Church and served in the U. S. Air Force. Arthur had a love of music and amassed a large record collection that included numerous rock and roll groups. Survivors include his mother, the former Marion Catherine Stephenson, his siblings: Alison Vasco (Donald), Daniel Weber (Lynda), Catherine “Kitty” Pape (John), Marion “Muffet” Weber, Paul Weber (Dianne), Adam Weber (Jennifer), Maria McNeely (David), Matthew Weber (Monica) and Patrick Weber. Also surviving are many nieces and nephews. The body will lie in state from 12:00 PM until 5:00 PM Friday, January 8, 2021 at Nicholson Funeral Home. A memorial service and inurnment will follow at a later date. Condolences may be sent online to the family to www.nicholsonfunerals.com. The family requests that in lieu of flowers, donations may be made to the Elder Center, 502 Brevard St. Statesville, N.C. 28677. Nicholson Funeral Home is entrusted with the arrangements.

The family of Arthur "Artie" Weber created this Life Tributes page to make it easy to share your memories.

Send flowers to the Weber family.