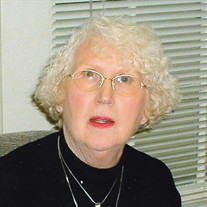 Mrs. Dorothy Marlowe Reep, C.P.A., 85, died November 26, 2020 at her home. Born in Iredell County on November 12, 1935, she was a daughter of the late Johnnie Franklin and Vecie Alme Benge Marlowe. In addition to her parents, she was preceded in death by her husband, Hassill William Reep, a son, Dean Alan Reep, and a brother, Yates Jimmy Marlowe. Dorothy graduated from Central School at the top of her class, where she also played basketball. Her graduating class was very important to her, as she planned their annual reunion until this year. She attended and graduated from Mitchell Community College. She married Hassill W. Reep on October 18, 1958. He was buried on their 58th wedding anniversary. She opened her successful business, Dorothy M. Reep Accounting in 1961, being the first female business owner in Iredell County, and it is still operating. She graduated from Lenoir Rhyne College returning to college while her daughter was in college and her son a senior in high school. Finishing her business and accounting degree there, she sat for and passed the CPA exam, changing her business to Dorothy M Reep CPA PA. Promoting educating women, she gave a basic accounting talk on the Betty Feezor Show, a local television show. Attending Holy Trinity Lutheran Church for 40 plus years, as organist, she also served as adult choir director, children’s choir director, a Sunday school teacher, director of Bible schools, while also involved in the Lutheran Ladies Missionary League. Through Holy Trinity, her family was blessed to host three Vietnamese Refugees, creating lifelong family bonds. She was active with the American Field Service, promoting exchange programs and hosting exchange students and teachers. Yleana Hernandez Acosta and her family have maintained contact of late, sharing many visits between the families. She has attended Christ Church Statesville for 15 plus years, serving with the praise team, as a greeter, usher, pianist, guest services team member, finance board member, a children’s ministry volunteer and small group member. Being one that got things done, she was constantly involved in the community. The world certainly is a better place because she was in it. She led the creation of the West Iredell Recreation Center, Inc., serving many board positions and many years as a board member. The center brought the community together. She was formerly an active parent in the West Iredell Band of Warriors Booster Club, helping with fund raising and accompanying the band to participate in the Inaugural Parade honoring President Ronald Reagan. She was formerly active in Altrusa International, serving in many board positions. She was elected as a member of the Iredell County School Board serving 16 years, several as Chairwoman, during which the Iredell County School System and the Statesville City School System merged into the Iredell-Statesville School system. She was a member of the Mitchell College Board of Trustees and involved in the Mitchell Endowment for Excellence. She and her husband created the Dean A. Reep Scholarship Fund at Mitchell Community College and at University of North Carolina at Charlotte, in honor of their son, who passed away from a rare cancer, Ewing’s Sarcoma at the age of 24. They also created the Hassill W. Reep and Dorothy M. Reep, Joy Reep Shuford Endowment Fund at Lenoir Rhyne College, which is now a university. She volunteered auditing services for the Miss Statesville Pageant, the Miss Dogwood Pageant, the American Renaissance Charter School Lottery and the West Iredell Ruritan Raffle events, to name a few. She was a charter member of the Fourth Creek Rotary Club serving as their ‘song leader’ and other board positions. She volunteered for the Cancer Fund of America, Salvation Army, was a former Board member of the Arts and Science Museum. She was a world traveler, including trips to Russia while under Communist reign, China, Australia, New Zealand, Venezuela, France, England, Alaska and many other states, and was in Germany at the time of the fall of the Berlin Wall and brought home a piece of it. Survivors include her daughter, Joy Dawn Reep Shuford, a grandson, Allan Hilton Shuford (Olivia), a great granddaughter, Jocellyn Marie Shuford, a special adopted son, Rick D. Daniels (Karen) and their children Shannon and Michael, who have lived mostly in Luxembourg. She has many nieces and nephews, one being Carol A Ciampanella, who worked closely many years with her in her business. Funeral services are scheduled for 2:00 P.M. Thursday, December 3, 2020 at Christ Church Statesville, located at 2172 Wilkesboro Highway, Statesville 28625, with Rev. Chip McGee officiating. Burial will follow at Oakwood Cemetery. Mrs. Reep will lie in state all day Wednesday at Nicholson Funeral Home, with the family present from 3:00 to 7:00 P.M. Face masks will be required at the service inside, if you choose to be inside. The parking lot will be set up to allow the service to be observed outside, for those that prefer to remain in the car. Pallbearers will include: Allan H Shuford, Rick D Daniels, Greg Sides, Steven F Marlowe, Christopher H Shuford, Harry E. Reep, Jr. and Blake A. Reep. Condolences may be sent online to the family to www.nicholsonfunerals.com. With Mrs. Reep’s desire to help others kept in mind, memorials may be given to Hospice & Palliative Care of Iredell County, 2347 Simonton Rd., Statesville, N.C. 28625; Christ Church Statesville, 2172 Wilkesboro Road, Statesville, 28625; Mitchell Community College, Dean A Reep Memorial Scholarship, 500 West Broad Street, Statesville, 28677; a donation to a classroom in the school of your choice; or other charity of your choice. The family wishes to thank the Grace Team Caregivers and Hospice of Iredell for their loving care of Mom. Thanks also to all that have sent cards, called, and asked about her over the months she could not be out and about. There will be an opportunity for folks to write memories of Mom for us to keep. Please come prepared to share a story. Nicholson Funeral Home is entrusted with the arrangements.

Mrs. Dorothy Marlowe Reep, C.P.A., 85, died November 26, 2020 at her home. Born in Iredell County on November 12, 1935, she was a daughter of the late Johnnie Franklin and Vecie Alme Benge Marlowe. In addition to her parents, she was preceded... View Obituary & Service Information

The family of Mrs. Dorothy "Dot" Marlowe Reep created this Life Tributes page to make it easy to share your memories.

Send flowers to the Reep family.