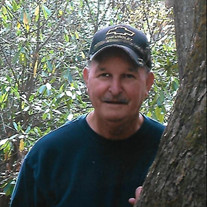 Joseph Paul Thompson, 74, of Statesville, died Tuesday, December 29, 2020 at Davis Regional Medical Center. He was born in Jackson County, NC on June 8, 1946 to the late Frank Thompson and Helen Guess Thompson. He was also preceded in death by his wife of more than 40 years, Carolyn “Connie” McMahan Thompson, and two brothers, Johnny Thompson, and Hugh Thompson. Joe was retired from the City of Statesville as the supervisor over the street division. Being born and raised in the western Carolina mountains, he was quite the outdoorsman and enjoyed hunting, fishing, guns and knives. He never met a stranger and he loved animals. He was a great father and a good man. Those left to cherish his memory are a son, Eric Thompson, a daughter, Gina Thompson, a brother, Bob Thompson (Linda), a brother-in-law, Jeff McMahan and numerous nieces and nephews. A Graveside Service will be held Saturday, January 2, 2021 at 12:00pm at Rocky Hill Baptist Church Cemetery with Rev. Brian Burgess officiating. Memorials may be made to Rocky Hill Baptist Church, 823 Mountain View Rd., Statesville, NC 28625.

The family of Joseph Paul Thompson created this Life Tributes page to make it easy to share your memories.

Send flowers to the Thompson family.