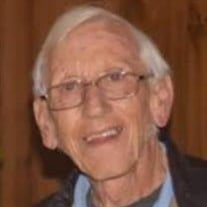 Richard “Hank” Arnold Hartness, age 82, of Statesville passed away August 5, 2020 at his home surrounded by his family. He was born May 20, 1938 in Alexander County, North Carolina the son of the late Vance Billy Hartness and Hazel Pharr Hartness. He is preceded in death by his beloved wife of 63 years, Ethelene Hartness; three brothers and two sisters. Hank worked for and retired from Acme metal company where he was a supervisor. He was a humble man that loved the Lord, shared the Gospel and played the guitar with his great grandson Chantz Shook at nursing homes. He was a charter member of Northview Freewill Baptist Church and was an ordained deacon and minister. Hank was a devoted caretaker to his wife and was devoted to his family, enjoying nothing more than time spent in their company. Left to cherish his memory are his children, Doris Dellinger and husband Ricky; Alisa Bunton and husband Jeffery and Michael Hartness all of Statesville, NC; grandchildren, Crissy (Cary) Shook, Chad Dellinger, Chelsea (Johnathan) Homesley, Ethan (Jessica) Bunton; and Logan Beth Hartness; great grandchildren, Chantz, Cassidy and Carrigan Shook, Kayleigh and Chase Dellinger, Olivia, Lincoln, Madeline and Emma Homesley, and Crew Bunton; sister, Betty Hartness Murdock and husband Kenneth; and numerous other loving family and friends. A funeral service will be held 3 PM Sunday, August 9, 2020 at Northview Freewill Baptist Church, 112 Bethlehem Rd, Statesville, NC 28677 with Pastor Allen Freedell officiating. The body will lie in state one hour prior to the service at the church. A private interment will be held at Iredell Memorial Gardens at a later date. Please share memories and condolences with the family at www.nicholsonfunerals.com

Richard &#8220;Hank&#8221; Arnold Hartness, age 82, of Statesville passed away August 5, 2020 at his home surrounded by his family. He was born May 20, 1938 in Alexander County, North Carolina the son of the late Vance Billy Hartness and Hazel... View Obituary & Service Information

The family of Richard Arnold Hartness created this Life Tributes page to make it easy to share your memories.

Send flowers to the Hartness family.