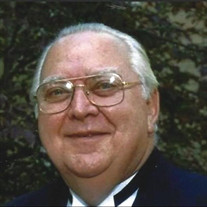 Thomas Walker White, 71, of Statesville, NC, peacefully passed away on November 27, 2019 surrounded by his adoring family at Carolina Caring Hospice House in Newton, NC. Born December 9, 1947, in Graham, North Carolina, he was the son of the late J. Walker White and Jettie Beaver White. Tommy graduated from Scotts High School in 1966 and served in the United States Navy as an Aviation Ordnance Man Second Class. Tommy completed a Mediterranean tour as well as two tours in Vietnam. He studied Drafting and Design at CVTI. He was married to the late Linda Bustle White and spent his working years at Rockbestos, Uniglass and finally at William T. Burnett and Company as a member of the accounting staff where he retired in December 2018. Tommy was deeply respected and loved by his co-workers and was known for going out of his way for others. Tommy had knack and talent working with computers and a gift with numbers—impressing his grandchildren with his tech-savvy abilities. He was an avid football and basketball fan as his office memorabilia proudly displayed the Oakland Raiders and Duke basketball teams. Tommy loved the simple things in life: fishing with his grandson, playing Uno with his granddaughter, listing to James Taylor as well as CCR, and visiting his two favorite destinations—The Outer Banks and Moose, Wyoming. Tommy had peace and gentle kindness that radiated the goodness of God to everyone he met. A life-long Lutheran, Tommy taught his children and grandchildren to always place people above things and to place Christ above all. His legacy and light will continue to live through his family as they strive to love and serve others just as Tommy did. He is preceded in death by his parents, J. Walker and Jettie, along with his wife, Linda White, who passed in 2001. Tommy is survived by his son, Jeff Estes and wife Tracy of Greer, SC; daughter, Mary Beth White Bumgarner and her husband Ashley of Bethlehem, NC; grandchildren Bailey Estes of Charlotte, NC, Jay Estes of Greer, SC, Abby and Avery Bumgarner of Bethlehem, NC; sister, Nancy White Massey of Statesville, NC; brother, Charles White and wife Betzie of Statesville, NC and sister-in-law, Julia Harris of Claremont, NC. A celebration of life service for Tommy will be held at 3:00 pm on Sunday, December 1, 2019 in the Nicholson Funeral Home Chapel, 135 E. Front St. Statesville, NC 28677. The family will gather and receive friends after the service. Inurnment will be held at a later date at Iredell Memorial Gardens. In lieu of flowers, memorials may be sent to Hospice of Catawba County- Carolina Caring, 3975 Robinson Road, Newton, NC 28658 or by visiting www.carolinacaring.or/give. Fond memories and condolences may be left at www.nicholsonfunerals.com for the family. Nicholson Funeral Home is serving the White Family.

Thomas Walker White, 71, of Statesville, NC, peacefully passed away on November 27, 2019 surrounded by his adoring family at Carolina Caring Hospice House in Newton, NC. Born December 9, 1947, in Graham, North Carolina, he was the son of the... View Obituary & Service Information

The family of Thomas Walker White created this Life Tributes page to make it easy to share your memories.

Send flowers to the White family.