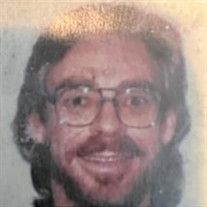 Henry Carnell Benton, age 68, of Statesville, died Tuesday, March 8, 2022, at Iredell Memorial Hospital. Born on July 3, 1953, in Robeson County, NC, he was the son of the late Ernest Carnell Benton and Treva Pridgon Benton. Henry was a Master Sargent in the United States Air Force. He was a loving husband, father, brother and overall, a real people person. He loved animals, especially his cat "Tuxy" and had a passion for playing the guitar and singing. In addition to his parents, he was preceded in death by his brother, George Frank Benton. Those left to cherish his memory include his wife, Cynthia Halsey Benton; his children, Tonya Bush and husband, Jared of NY, Corey Benton and wife, Celia of NC, and Ben Benton and wife, Carmen of Alaska; step-daughter, Deanna Madson of NC; his siblings, E.E. "Buck" Benton and wife, Anne of GA, Neil Jr Benton of Statesville, NC, Kathy Benton Bowen and husband, Jeremy of Apex, NC, Steven Benton of Saint Pauls, NC, Brenda Benton Watson and husband, Billy of Statesville, NC, and Sonya Benton of Hendersonville, NC; seven grandchildren; many great-grandchildren; and many nieces and nephews. A private service in memory of Henry will be held by the family. Nicholson Funeral Home has the honor of serving the family.

The family of Henry Carnell Benton created this Life Tributes page to make it easy to share your memories.

Send flowers to the Benton family.