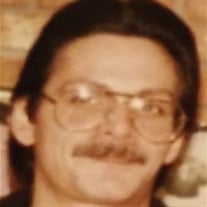 David Jeffery Walsh died Friday, April 9, 2021, in Iredell Memorial Hospital following a brief illness. He was born to Beauford Garland Walsh, Jr. and Mary Louise Mitchell Walsh in Richmond County, Georgia on Saturday, October 29, 1955. He grew up in North Augusta, South Carolina where he spent summers at the neighborhood pool. His entrepreneurial spirit surfaced early with his grass mowing for neighbors. The Walsh family was active at St. James United Methodist Church in Augusta. During those years, Jeff would come to North Carolina in the summers where he would spend one week with the Mitchell Family on the farm and one week with the Walsh Family in Statesville. When Jeff was seventeen years old his family moved back to Statesville, North Carolina in time for him to have his senior year at Statesville Senior High School, graduating in 1974. He attended American University in Washington, D.C., but the classroom could not hold him. Inheriting the sales gene from his father, Jeff was early in the computer and technology sales industry. For several years he worked in Houston, Texas. When he returned to Statesville and became a regular at D’Laney’s. Jeff always loved Carolina Tarheels Basketball and the Carolina Panthers Football. Jeff grew up as an only child, as his older brother, Steven Garland ‘Stevie’ Walsh, died eighteen months before Jeff’s birth. Jeff was also preceded in death by his father, Garland Walsh, in 1996 and his mother, Louise Mitchell Walsh in 2018; his Paternal Grandparents, B.G. Walsh, Sr. in 1982 and Clara Canipe Walsh in 1998; his Maternal Grandparents, Ramie Loid Mitchell, Sr. in 1984 and Mamie Millsaps Mitchell in 1997; Paternal Uncles and Aunt, James Walsh in 1994, William ‘Bill’ Walsh in 1971 and Ruth Walsh Pharr in 2006; Maternal Uncles R.L. Mitchell, Jr. in 2019, Solon Mitchell in 2019; and Cousins, Benjamin Garland ‘Benny’ Walsh in 1996 and Michael W. Walsh in 2010; and by two beloved dogs, Tisha and Maggie. Jeff is survived by his biological daughter, Julia Mills Steffen and husband James of Shallotte; his biological granddaughter, Amelia Steffen of Shallotte; four Aunts, Sylvia Walsh Perkins of Astoria, Oregon, Hilda Mitchell Hayes of Lexington, Becky Mitchell Burke and husband Alvin of Taylorsville and Camilla Fulbright Mitchell of Stony Point, numerous cousins and friends. A Memorial Service will be conducted by Rev. Rickey Mitchell at 4:00 pm on Sunday, April 18, 2021 in the Chapel of Nicholson Funeral Home in Statesville and will be streamed on the internet. A committal service will follow in Oakwood Cemetery in Statesville. Condolences may be sent online to the family to www.nicholsonfunerals.com. The family of Jeff Walsh is being served by Nicholson Funeral Home. You may watch the service live here: https://view.oneroomstreaming.com/authorise.php?k=1618518082110884

The family of David Jeffery Walsh created this Life Tributes page to make it easy to share your memories.

Send flowers to the Walsh family.