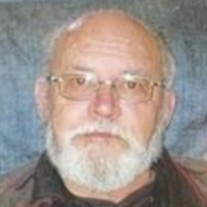 Ernest Howard “Ernie” Beach, age 80, of Statesville, passed away after a lengthy illness on Friday, April 15, 2022, at the Gordon Hospice House. Born on March 15, 1942, in Brevard, NC, he was the son of the late Ernest Earl Beach and Elnora Grant Beach Bennett. Ernie was a Veteran of the United States Marine Corps, having received the Good Conduct Medal in February 1963. He retired after 34 years from Public Service, now Dominion Energy. In addition to his parents, Ernest Earl and Elnora Beach Bennett, he was preceded in death by his stepfather, Dwight Bennett; his son, Thomas Earl Beach; and his brother, Kevin Bennett. Those left to cherish his memory include his wife of over 57 years, Carole Harmon Beach; his daughters, Teresa McGarrity (Michael), and Rhonda Beach (Marc Poole); granddaughter, Ellie McGarrity; sisters, Earlene B. Sides, and Louise B. Miller (Richard); brothers, Brian Bennett (Jaye), Richard Bennett, and Grant Bennett; and several nieces and nephews. A Memorial Service to celebrate his life will be held 11:00 am, Tuesday, April 19, 2022, in the Chapel of Nicholson Funeral Home with Heather Besoiu, Funeral Celebrant officiating. A private burial will be held at a later date. The family would like to thank the staff at Gordon Hospice House for their love and care they provided to Ernie and his family. In lieu of flowers, memorial contributions may be made to Hospice & Palliative Care of Iredell County, Gordon Hospice House, 2341 Simonton Rd., Statesville, NC 28625 or to the Alzheimer’s Association, 225 N. Michigan Ave., Fl. 17, Chicago, IL 60601, www.act.alz.org/donate. Online condolences may be made to the family at www.nicholsonfunerals.com. Nicholson Funeral Home has the honor of serving the family of Mr. Ernie Beach.

The family of Ernest Howard "Ernie" Beach created this Life Tributes page to make it easy to share your memories.

Send flowers to the Beach family.