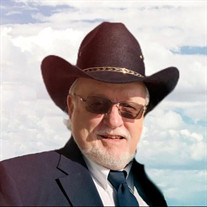 Ned Eugene Lockman, Jr. of Harmony, NC passed away on Monday, December 28, 2020. He was born in Statesville, NC on October 26, 1948 to the late Ned Eugene Lockman, Sr. and Edith Lorene Lackey-Lockman. He was also preceded in death by a son, Ned Eugene Lockman III in 1989 and his stepson Jerry Evans Beard, Jr. in 2008. Ned attended Wayside Elementary and Cool Spring High School. He worked for F.W. Woolworth& Company in Statesville as well as many of their other stores throughout North Carolina. He worked as a Supervisor at Clark Equipment Co. in Statesville until 1980 when he became a supervisor at the ALUMAX Extrusions Co. in Catawba, NC. During his time there he was also the Safety & Environmental Manager working with the ALUMAX Extrusions headquarters in Schaumburg, Illinois as well as the DEM & OSHA in Raleigh, NC. When ALUMAX was purchased by ALCOA in 2000, Ned continued in his position working with the ALCOA headquarters in Pittsburgh, PA until he retired in 2002. He was a member of the Iredell-Statesville Coin Club and was also involved in helping to preserve so of the Old Lackey/Thompson/Sharpe cemeteries in Iredell County. Ned was an outdoors’ man. He dearly loved to go deer and turkey hunting and fishing. He was a good horseman and loved to hunt for Indian arrowheads and old artifacts. He often said he was born in the wrong century. He was passionate about his genealogy traveling through-out the South East. He dearly loved his grandchildren and great-grandchildren and enjoyed “teaching” them how to drive his tractor through the pasture. He was a very outgoing man who never met a stranger. He would carry on conversations with anyone he met. Be it neighbor or just the person who happened to pull up to the gas pump as he was filling his 1994 Toyota pick-up. It didn’t matter to him. The Tar Heels were his team. To him there was none better. But when one of his daughters said she liked Duke, it made for quite the rivalry especially during the ACC finals. Left to cherish his memory are his wife of 18 years, Donna Beard-Lockman of the home, and his five surviving children: Jeromy Lockman (Misty) of Harmony, Carrie Clark also of Harmony, Amanda Mazzola (Davide) of Mt. Pleasant, SC, Benjamin Lockman (Hilary) of Statesville and Brian Lockman also of Statesville., two stepsons, Christopher Beard of Lincolnton, NC and Donald Yeaton (Bonnie) of Roxboro, NC. Ned has seven grandchildren, Christopher Lockman, Natalie Mazzola, Ally (Casey) Capeheart, Chloe Lockman, Anthony Mazzola, and Jake & Josh Clark as well as five step-grandchildren, Courtney, Hailey & Charity Beard and Tommy and Desiree Brady as well as six step-greatgrandchildren, Ava, Lucas, Bristol, Micah, Zachary and Zelda. He also has two sisters, Peggy Sprinkle of Troutman, NC and Brenda (Steve) Hutcherson of Hendersonville, NC, two nephews, Nathan Sprinkle of Cooleemee, NC and Matthew Hutcherson of Kenya, two nieces, Tracy Poole of Troutman and Stephanie Orr of Hendersonville as well as a number of great-nieces. Also mourning is his friend and the mother of his children, Linda Lockman. A Graveside Service will be held at 1:00 pm on Tuesday, January 5, 2021 at Oakwood Cemetery. Memorials may be made to the Alzheimer’s Association-Western Carolina Chapter, 4600 Park Rd., Ste. 250, Charlotte, NC 28209 or to the Autism Society of NC, 8307 University Executive Park Dr., #231, Charlotte, NC 28262. Condolences may be left at www.nicholsonfunerals.com.

Ned Eugene Lockman, Jr. of Harmony, NC passed away on Monday, December 28, 2020. He was born in Statesville, NC on October 26, 1948 to the late Ned Eugene Lockman, Sr. and Edith Lorene Lackey-Lockman. He was also preceded in death by a son,... View Obituary & Service Information

The family of Ned Eugene Lockman Jr. created this Life Tributes page to make it easy to share your memories.

Send flowers to the Lockman family.