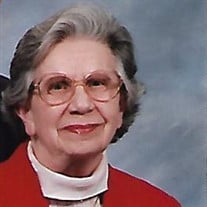 Phyllis Anne Benge Brown, age 87, of Rock Hill, SC died January 21, 202 at Park Point Village Retirement Community in Rock Hill, SC. Mrs. Brown was born on March 18, 1932 in Statesville, NC and was the daughter of the late Thurman Franklin Benge and the late Oleta Plyler Benge. She graduated from Statesville High School in 1950. She was married to the late James Franklin Brown in 1952. Phyllis was a lifetime Methodist who currently attended and was an active member of Moores Chapel United Methodist Church in Charlotte, NC which she joined in September of 1974. She served as Membership Chairperson for more than 30 years an on other committees such as Church Board, delegate to the Annual Conference, and was very active in the United Methodist Women serving as the treasurer. She was awarded the UMW Special Membership Pin for her service while previously attending Oak Grove UMC in Atlanta, GA. Mrs. Brown worked in Accounts Payable at Ivey’s Department Store after becoming an empty nester. She and her husband worked in Belk Theater for 13 years and worked with BB&T for 3 years during their retirement years. She was preceded in death by James Franklin Brown – her husband, E. Boyce Benge – her brother of Brooklyn, NY, Gwendolyn Anne Brown-Carlysle – her daughter of Birmingham, AL. Survivors include her Sister – Janet Benge Turner of Kernersville, NC, her Daughter – Chris Anna Brown (Smith) Lowe (Brian) of Jonesboro, GA, 4 granddaughters; Sabrina Carlysle Robertson (Matt) of Smiths Station, AL, Moriah Carlysle Moore (Alan) of Tarpon Springs, FL, Tammy Smith Fessler (Daniel) of Powder Springs, GA, Tracy Smith Dorics (Trever) of St. Augustine, FL, 4 Great-grandchildren; great-grandsons Caleb and Dylan (Fessler), great-granddaughters Angelica and Lysla (Robertson). Graveside Services will be held at Oakwood Cemetery (Boxwood Dr.) Statesville, NC at 2:00 pm Sunday, January 26, 2020. A Memorial Service will be held at Moores Chapel UMC (address below) on Saturday, January 25, 2020 at 11:00 am with visitation from 10:30 to 11:00 prior to the service. A Memorial service will also be held at Park Point Village Retirement Community (address below) on Saturday, January 25, 2020 at 3:00 pm. In lieu of flowers, memorials may be made to Moores Chapel UMC, 10601 Moores Chapel Rd., Charlotte, NC 28214 OR to Park Point Village – Samaritan Fund, 3025 Chesbrough Blvd., Rock Hill, SC 29732. Fond memories and condolences may be left at www.nicholsonfunerals.com. Nicholson Funeral Home is serving the Brown family.

The family of Phyllis Benge Brown created this Life Tributes page to make it easy to share your memories.

Send flowers to the Brown family.