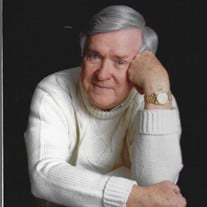 On 6 January 2020 Dr. William Wortman, a passionate and dedicated traveler, departed on his last and longest trip to that undiscovered country from whose bourne no traveler returns. Bill was born 2 August 1934 in Morganton, N.C. to W.J. &#8220;Buck&#8221;... View Obituary & Service Information

The family of Dr. William (Bill) Wortman created this Life Tributes page to make it easy to share your memories.

On 6 January 2020 Dr. William Wortman, a passionate and dedicated...

Send flowers to the Wortman family.